Johns Hopkins University confirms: You can be vaccinated with a PCR test, even without knowing 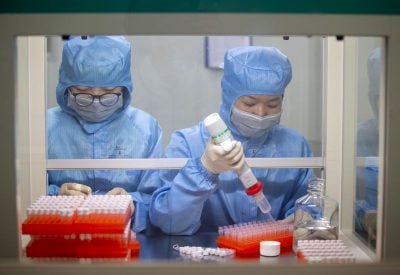 The validity of the PCR test has been questioned for months, if not from the very beginning of the declared covid-19 plandemic, including lately also by WHO. However, this test is still and ever more so being forced upon us. This despite the fact that ever more scientific evidence comes to the fore that the test is absolutely unsuited to determine whether a person is “infected” with the covid-19 virus. According to some scientists there are up to 90% false positives. Besides, a positive in 97% of the cases does not indicate that you will come down with symptoms. Especially young people, and people without any co-morbidities rarely show any symptoms.

On the other hand, there is a relentless drive by western countries, foremost Europe and the US to vaccinate-vaccinate-vaccinate – and this with a substance that is not even qualifying as a vaccine, namely a new type of what’s also called “gene-therapy”, a mRNA-type injection which will affect the human genome and most likely the human ADN. mRNA stands for messenger ribonucleuc acid.

The best-known pharma-manufacturers of these mRNA-type substances, falsely called vaccines, include Pfizer, Moderna, AstraZeneca, Johnson and Johnson (J & J) and a few other inoculations from the Bill Gates created GAVI Alliance, or the Global Alliance for Vaccines and Immunizations, also called the Vaccine Alliance. They are located in Geneva, next door to WHO.

This therapy is untested. No substantial animal trials. In the few animal trials carried out on ferrets and rats, all animals died. Claiming an emergency, the Food and Drug Administration (FDA) recognizes the gravity of the current public health emergency and has granted a so-called Emergency Use Application (EUA) for what effectively is a gene-therapy, not a vaccine. Therefore, further animal trials were skipped and this experimental gene-treatment, the mRNA-type jabs went directly to humans – which are now acting as guinea pigs.

For the tremendous risks and dangers of this therapy, see the recent exclusive interview with Lifesitenews.com (7 April 2021), and testimony of former Pfizer VP and Chief Science Officer, Mike Yeadon, who says “Your government is lying to you in a way that could lead to your death.’ See full interview here. 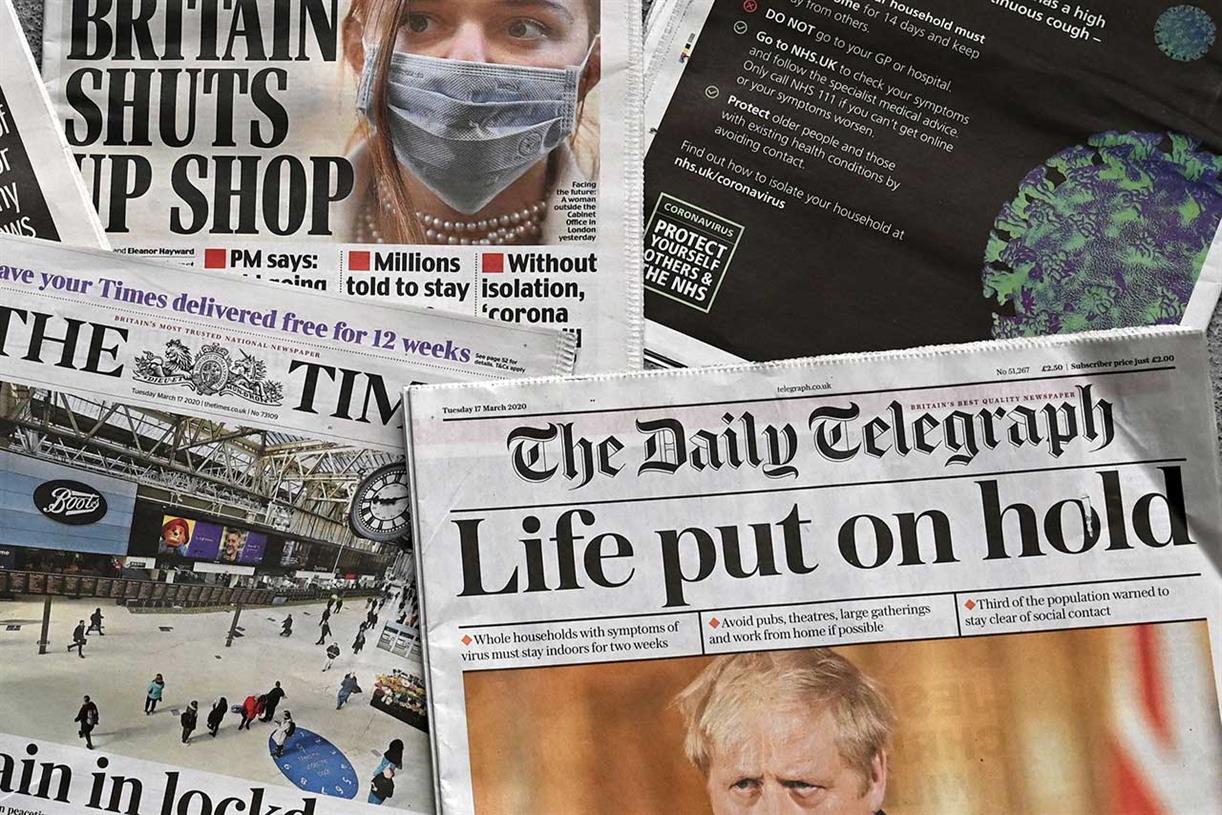 It appears that so-called vaccination and testing are in reverse proportions related, i.e. the fewer people volunteer to take the jab, the more governments force these false PCR test on the population. In many countries, Switzerland is a case in point, governments “allow” schools to test school children, including Kindergarten up to four times per month, and businesses may do the same, for the “safety of co-workers” – never mind that most people in many countries still work from their home offices. Not submitting to a test or a highly questionable vaccine, may result in dismissal – losing your job. That’s as gloomy and spooky as it has become, this covid-craze.

Now they have introduced “self-testing kits” sold or distributed by pharmacies. Despite intense propaganda, most of these government bought and subsidized tests remain in pharmacies warehouses, as ever fewer people are willing to submit to this lunacy. On top of it all, you have to report only the positive tests of the self-tests – a further up-wards distortion of the anyway false picture of the so-called “infection rate”. – And nobody seems to ask why. Or if they do, they do it not LOUD ENOUGH.

Of course, the higher the number of covid positives, the higher the willingness to vaccinate, so the propaganda assumes, and if not, the better the justification for more lockdowns, more fear – and again – maybe – more willingness to vaccinate. You see – all actions drive to more fear and eventually “more vaccination”. It is as if countries were given a vaccination quota they have to fulfill, and there seems to be no measure of coercion strong enough to get people to submit to this awful, untested jab.

Even the US top-doc, Dr. Anthony Fauci, expresses his doubts on the vaccines’ effectiveness. See here.

One may also ask, why does Europe and the US not allow the Russian Sputnik V or one of the internationally rolled-out Chinese vaccines? – Maybe because these vaccines are real vaccines, based on a decades long experience, the traditional method of injecting a weak or dead virus which will react when it comes in contact with a live virus and creates antibodies to create immunity – without affecting your DNA?

It becomes increasingly obvious that there is a special agenda behind this fierce testing and vaccination craze. To top it all off, and to come closer with a reason for it all, the Johns Hopkins University recently confirmed: You can be vaccinated with a PCR test, even without knowing (11 April 2021). There we go. See here for more details.

So, why is “vaccination” so important? – And especially vaccination with an mRNA-type injection   why? – One reason may be this: as reported by The Daily Mail and RT.

Pentagon scientists reveal a microchip that senses COVID-19 in your body.

The technology was developed by the Defense Advanced Research Projects Agency (DARPA), which operates under the Pentagon. The microchip is sure to spark worries among some about a government agency implanting a microchip in a citizen. And who knows what else the microchip does in your body. Anything coming from DARPA is not as benign as it is made to believe, and is certainly not an attraction or a convincer for people who are anyway not keen on getting covid-jabbed.

In addition, the collateral damage of these untested toxins that go as vaccines, the immediate side effects are already by an order of magnitude higher than those of conventional vaccinations. The Defender (Children’s Health Defense – CHD) lists statistical figures from CDC, that the Vaccine Adverse Event Reporting System (VAERS) received data that between Dec. 14, 2020 and April 1, 2021, a total of 56,869 adverse events were reported, including 2,342 deaths — an increase of 93 over the previous week — and 7,971 serious injuries, up 245 over the same time period. This is the latest from CDC.

According to CDC, these figures are vastly under-reported.

In January 2019, the WHO defined the growing number of vaccine critics as one of the ten greatest threats to global health, and since the unprecedented corona vaccination fiasco, the number of vaccine refusers has multiplied. Meanwhile, resistance is emerging even within the conventional medical community. But the masterminds at WHO continue to insist on an unrealistic vaccination rate of at least 70 percent. 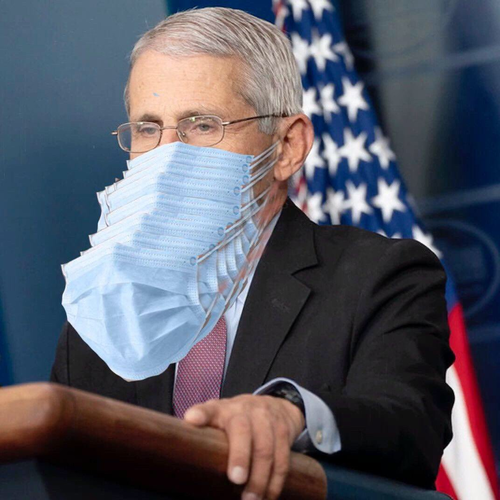 Why this tremendous push for vaccination? We know that the covid-19 death rate is comparable to that of a common flu. See Dr. Fauci in peer-reviewed “Navigating the Uncharted”. Listening to Dr. Yeadon, we also know that vaccination is unnecessary, as there are many effective preventive and curing medicines available.

In addition to the immediate side effects, the medium to long-term collateral damage may be much more significant. Dr. Yeadon, Pfizer’s former VP says that two to three years down the road, we may see massive genocide-like deaths from mRNA-type injections. See this.

It is increasingly clear that behind this covid cum vaccination drive, there is a eugenics agenda of gigantic proportions. This has recently also been recognized by the leading German Human Rights lawyer, Dr. Reiner Füllmich, a member of the Corona Investigative Committee, which investigates globally on the prosecution of fraudulent reporting of covid- vaccination, testing and leading to fraudulent “case figures” – and to a massive drive to instill fear in the population. He and his team are launching several Class Action suits in the US and in Canada, and several lawsuits against individuals and institutions in Europe and the US. He calls these coming trials “Nuremberg 2”, after the Nuremberg trials following WWII.

In a recent interview (12 April 2021), Dr. Füllmich said he sees the light at the end of the tunnel. He also said about Corona measures,

“These are the worst crimes against humanity ever committed. The few people who can still think independently, about 10 to 20 percent of the population, they know that the question was never about a virus or human health, but about a massive thinning of the world population, and total control.” – See the full interview here.

Add to the horrendous deadly future for maybe hundreds of millions of people from the vaccines, that more mRNA-type substances will be implanted in people old and young, including children, without them knowing, by repeated testing – and in some countries even forced or coerced repeated testing. 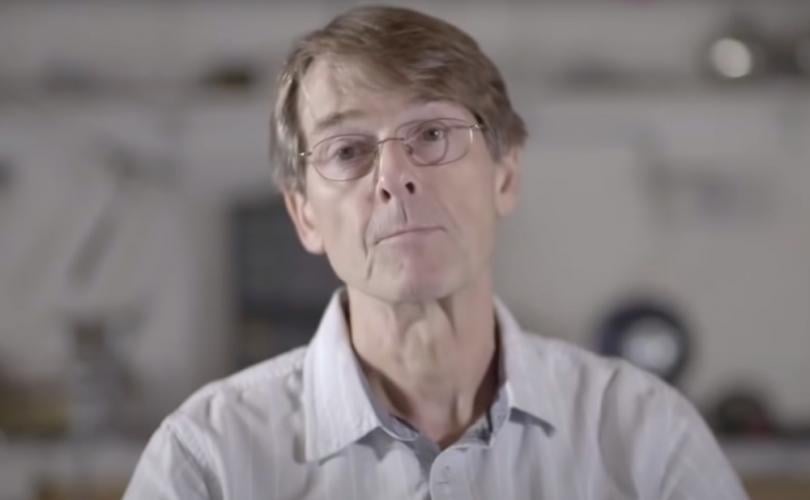 If we go by the words of experienced Dr. Mike Yeadon, former VP Chief Science for Pizer, we might be in for mass-dying – an outright genocide – in a few years.

And this in addition to the collateral social, economic and health damage already perpetuated by false covid-data and government fear-instilling lying, leaving hundreds of millions in misery, despair and abject famine – leading to death.

Is massive depopulation an objective of this corona fraud?

Hence, be aware of even more exposure to the risk by accepting the incessant call for testing-testing and more testing. Be alert and aware and follow the light.

Peter Koenig is a geopolitical analyst and a former Senior Economist at the World Bank and the World Health Organization (WHO), where he has worked for over 30 years on water and environment around the world. He lectures at universities in the US, Europe and South America. He writes regularly for online journals and is the author of Implosion – An Economic Thriller about War, Environmental Destruction and Corporate Greed; and  co-author of Cynthia McKinney’s book “When China Sneezes: From the Coronavirus Lockdown to the Global Politico-Economic Crisis” (Clarity Press – November 1, 2020)

He is a Research Associate of the Centre for Research on Globalization.