As the opposition’s latest attempt to oust Maduro seems to be failing, Chris Gilbert asks: What makes it so hard to replace Chávez and now Maduro? 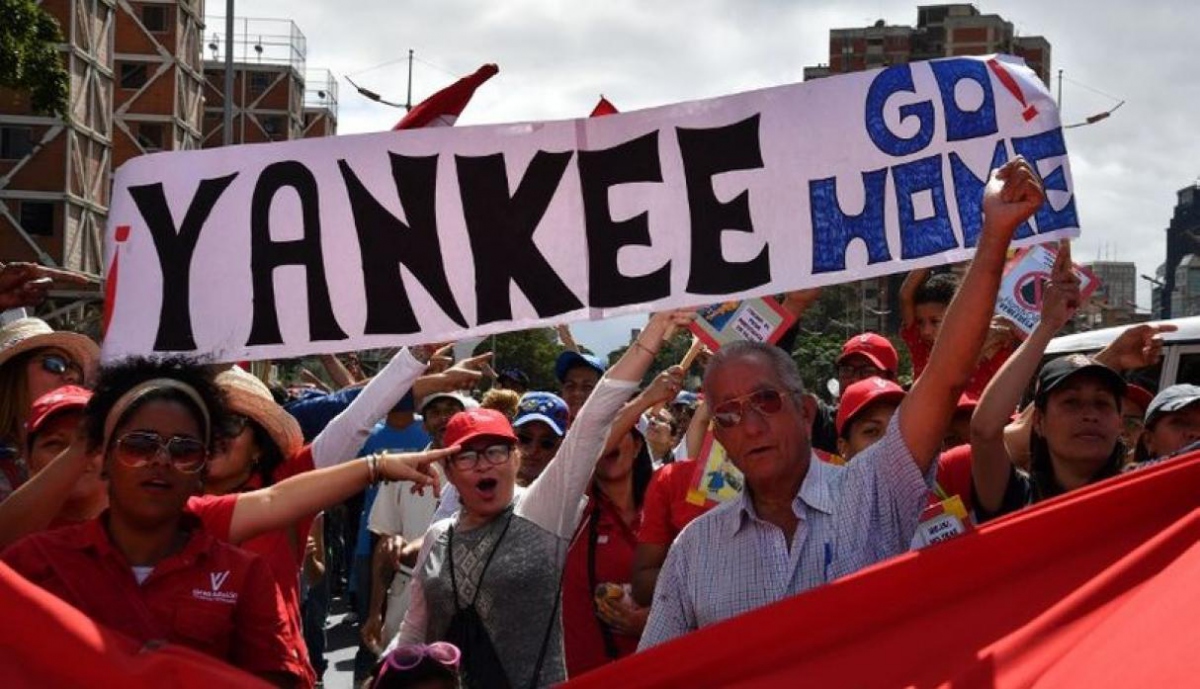 It was George W. Bush who invented the term: misunderestimating. And it’s what imperialism continually does with Venezuela.

I recall an Aló Presidente program in which Chávez was talking about the 2002 coup attempt. He said that the US thought it could easily replace him. “As simply as this,” he said and demonstrated by moving a glass of water across the table where he was seated.

Replacing Chávez wasn’t easy at all, as everybody knows. Pedro Carmona, the usurper, was quickly forgotten, whereas Chávez lasted another decade, and his movement is still in power today.

Something very similar may have happened on Saturday, as Maduro resisted a concerted international effort to bring him down.

What makes it so hard to replace Chávez and now Maduro? Certainly it’s not merely a question of leadership, since Maduro’s is middling at best. So, it must be something else: some quality or substance that generally goes unperceived on the political radar.

On Saturday, the opposition thought they could incite the Venezuelan army to rebel. They staged “desertions” to encourage the process. (I use the word “staged” advisedly. In the videos of the three National Guardsmen who crossed the bridge in Tachira and “surrendered themselves” to Colombian immigration, you can hear them saying very clearly “Somos nosotros!” ie. “It’s us!”.)

Trump and Marco Rubio view this is an example that should inspire other soldiers to rebel, but Venezuelans see it as something completely different. They view the deserting soldiers as traitors, to say nothing of being simply ridiculous.

Is that because the majority of Venezuelans are socialists? Unfortunately, there is only a small minority – and almost nobody in the armed forces – that believes in socialism these days.

In fact, the unknown quality that keeps people loyal to the Chavista project is a certain form of patriotism or nationalism. It’s a nationalism closely connected to a comprehension of Venezuela’s historical struggle for emancipation in an unequal global order.

It was the great achievement of the Venezuelan revolutionary movement to have connected with that historical consciousness.

Their historical awareness explains why, when Venezuelans witness soldiers giving themselves over to foreign authorities or they see Guaidó mimic his bosses in the US –  “All options are on the table,” he said recently – they are either against it or unmoved.

It was probably fatal for Guaidó to cross the border to Colombia, since Venezuelans don’t believe in exiled governments. They see them as coward governments.

In effect, a form of nationalism linked to a longstanding historical project was the “kryptonite” that defeated the imperialist “superman.” Now the task of revolutionaries in Venezuela is to reconnect that impressively resilient force with a sustainable socialist project.

Trump thinks: everybody has a price. Many leftists, especially economicist ones, think the same way. But that’s not true in every context. Much more than being sold on a better future, it’s those romantic “blasts from the past” that bind people to a project and its values.

One thing that Saturday’s events showed is that most Venezuelans know their history. Because of that, they don’t need to be told: Beware of gringos bearing gifts.

Now let’s see if this same historical sense, combined with the memory of last weekend’s collective victory, can help redirect the Bolivarian Republic to a future conceived along collective and communal lines – the way Chávez himself envisioned it.

The views expressed in this article are the author’s own and do not necessarily reflect those of the Venezuelanalysis editorial staff.