Germany’s Federal Intelligence Service (BND) together with the US Central Intelligence Agency (CIA) had monitored the encrypted government communications of almost half the countries on earth for decades.

This is proven by leaked CIA documents made available to the Washington Post, ZDF and Swiss broadcaster SRF. According to these documents, governments all over the world paid billions for encryption systems from Crypto AG, a Swiss company that was fully owned by the two secret services by 1970 at the latest, enabling them to break the encryption at any time.

The World Socialist Web Site wrotein early February about the so-called Crypto leaks: “That US intelligence, in collaboration with its imperialist partners, was spying on the diplomatic communications of governments around the world for the past half-century is a significant revelation. While not surprising, it demonstrates in the most concrete manner the blatant criminality and gangsterism of US imperialism.” 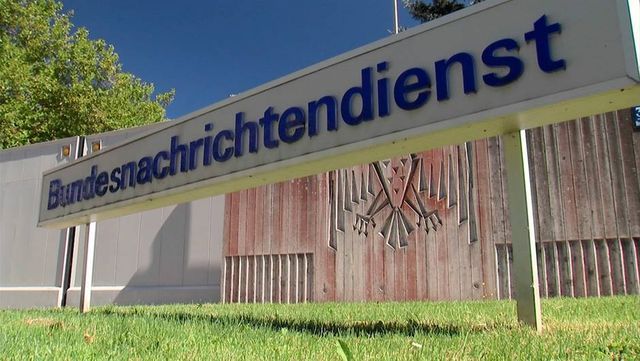 The leaks comprise around 280 pages written by leading BND and CIA employees, including a detailed chronology of the espionage operation. The governments monitored by Germany and the US include Saudi Arabia, Iran, Argentina, Panama, and the Vatican, as well as allies such as Italy, Austria, Spain, and Portugal. The CIA internal report speaks of the “secret service coup of the century.”

In total, more than 120 countries used Crypto AG encryption technology between the 1950s and 2000s. The company’s founder, Boris Hagelin, granted the CIA exclusive access to its technology in the aftermath of the Second World War. At the end of the 1960s, a Franco-German takeover attempt initially failed due to these relations. But under the Social Democrat/Free Democrat (SPD-FDP) government of Chancellor Willy Brandt, the BND and the CIBNDA finally bought the company secretly in 1970. From then on, the entire profits from company sales illegally flowed into the black accounts of the secret services, where it served to finance other covert projects.

The Rubicon revelations provide insight into decisive turning points of the Cold War and the subsequent NATO campaigns in the Middle East. For example, the BND was informed early on about the coup preparations against Chile’s social democratic president, Salvador Allende. After the 1973 coup supported by the CIA, both great powers had access to the secrets of General Pinochet’s bloody military dictatorship.

In the Falklands/Malvinas War between Argentina and Britain, Germany and the US supplied the British side with intercepted radio messages from their opponent, but remained silent about the crimes of the Argentine military junta, which terrorised the population between 1976 and 1983. As reported by ZDF, radio reconnaissance was the decisive factor in Prime Minister Margaret Thatcher’s decision to sink the Argentinean cruiser Belgrano, costing the lives of more than 300.

During the Israeli-Egyptian peace talks at Camp David in 1987, the United States monitored communications between President Anwar Sadat and his government in Cairo. Libya was also continuously monitored. When a bomb explosion in a Berlin discotheque in 1986 killed three people and injured 200 more, US President Ronald Reagan—based on “evidence” from the secret services—immediately accused the Libyan regime of the attack. A week later, this served the US government as a pretext for bombing the cities of Benghazi and Tripoli. According to the Rubicon documents, the BND played “an essential role” in this case.

Although the main suspicions against Crypto AG have been known among experts for many years, the new details of Operation Rubicon highlight the modus operandi of the imperialist powers. Its smooth running over several decades was the result of an international conspiracy at the highest levels of government. In addition to the heads of the BND and CIA, who report directly to the Federal Chancellery and the White House, respectively, the information known to date also points to confidants in Luxembourg and Switzerland, as well as Sweden, Israel and the member states of the so-called “Five Eyes” espionage alliance (US, Britain, Australia, Canada, New Zealand).

As reported in the Luzerner Zeitung, the takeover of Crypto AG was carried out by the law firm Marxer und Partner from Liechtenstein. Considered to be the unofficial “Ministry of Justice” of the Principality, the firm was already involved in the founding of the company in 1952. It acted as a trustee for the BND and CIA, and, with the help of asset-holding foundations and offshore shell companies, concealed the true owners of the public limited company. In 1993, the same firm finally handled the sale of the BND’s shares in the company to the CIA and transferred the money to black accounts of the German secret service.

However, the BND’s “exit” from Crypto AG did not mean a weakening of its ambitions or its possibilities. On the contrary, at that time, the company was simply no longer profitable due to the emerging digital competition. Moreover, the fact that the electronics company Siemens, in return for a share of the profits and at the behest of the BND, has provided all the managing directors of Crypto AG since 1970, points to a possible covert technology transfer.

Operation Rubicon exposes the criminality with which German and American imperialism pursued their interests during and after the Cold War. This has not changed since, as the revelations of whistleblower Edward Snowden have shown. Germany’s return to aggressive great power politics will inevitably be accompanied by new crimes that will put operations like Rubicon far in the shade.

For example, the government-affiliated Stiftung Wissenschaft und Politik (German Institute for International and Security Affairs) describes the mass covert spying on over a hundred governments as “one of the most successful espionage operations of the Cold War.” The secret installation of “back doors” in encryption technologies was “no surprise,” but no longer represented a modern strategy. Regarding Western preparations for war against China, it added, it was also “not possible to credibly warn of Chinese backdoors in mobile communications technology and at the same time install them yourself.”

This line can now be found almost word for word in comments in the bourgeois press. Typical is an article by Tagesspiegel editor Frank Jansen. The operation, he writes admiringly, was a “brilliant coup” and “the present amazement about ‘Rubicon’” revealed widespread naivety. “In the confrontation with secret services of authoritarian regimes,” states “cannot be vigilant enough.” The Chinese technology company Huawei, for example, was “a risk factor” and belonged “to the fabric of the communist dictatorship, in which secret services play a major role.”

In reality, it is the BND, NSA and CIA who play this “role.” For decades, they have all been monitoring the population of the entire planet and, in the case of the BND, spying on foreign journalists, civil rights activists and oppositionists. International journalists’ associations have filed a complaint against this surveillance with the Federal Constitutional Court. During the court hearing in January, an editorial in Die Welt blatantly demanded that, in the interests of Germany, the BND not be placed in legal “fetters.”

Just like the Verfassungsschutz (secret service) and Military Counter-Intelligence Service (MAD), the German Foreign Intelligence Service has been systematically beefed up for years and given extensive new powers. The new BND headquarters in Berlin, the largest of its kind in Europe, is only the most striking symbol of these efforts.