Boris Johnson’s Conservative government has met with mounting criticism from epidemiologists, health professionals and other scientists for its “herd immunity” policy on the deadly coronavirus.

At a Downing Street press conference last Thursday, Johnson declared, “I must level with the British public: many more families are going to lose loved ones before their time.”

This is not candour but policy. In the face of a mountain of evidence that arresting the spread of the virus and saving life requires immediate measures, including quarantining regions and even countries, Johnson stood by his policy of “stages” that even excluded cancelling large events and closing schools. 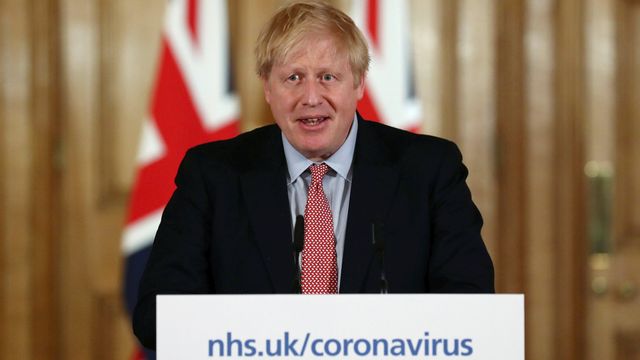 Why he did so was made clear the previous day when Dr. David Halpern, a member of Whitehall’s Scientific Advisory Group for Emergencies (SAGE), told the BBC that at some undefined “point” the government would want to isolate “at-risk groups so that they basically don’t catch the disease and by the time they come out of their cocooning, herd immunity’s been achieved in the rest of the population.”

Reiterating this message, Sir Patrick Vallance, the government’s chief scientific adviser, stood alongside Johnson and Chris Whitty, England’s chief medical officer, telling the media, “It’s not possible to stop everyone getting it and it’s also not desirable because you want some immunity in the population to protect ourselves in the future. [emphasis added]”

As there is no vaccine for COVID-19 and one will not be available soon, “herd immunity” would not impact on the current outbreak of the virus, but future outbreaks. Vallance told Sky News, “We think this virus is likely to be one that comes year on year, becomes like a seasonal virus … Communities will become immune to it and that’s going to be an important part of controlling this longer term. … About 60 percent is the sort of figure you need to get herd immunity.”

Even this is an underestimation, according to Whitty. A Sky News journalist at the press conference noted that German Chancellor Angela Merkel had suggested a possible infection rate of 70 percent and asked what percentage of the UK population the government estimate will be infected and how many you “think will actually die.” Whitty replied, “Actually, our top number for our reasonable worst-case scenario is higher than the chancellor’s. In fact, our top planning assumption would be up to 80 percent of the population being infected … the overall mortality rate in our view is 1 percent or less overall, although higher in older and vulnerable groups and lower in other groups.”

Whitty also declared, “It is no longer necessary for us to identify every case.”

Based on 60 percent of the UK’s 66.5 million population, acquiring “herd immunity” would mean around 40 million people catching COVID-19, with around 8 million becoming severe or critical cases and needing treatment in hospital. If Whitty’s “reasonable worst-case scenario” of 80 percent infection comes true, and with just a 1 percent death rate, 500,000 people would die.

The government was immediately condemned. On the BBCs “Question Time,” Professor John Ashton, former director of Public Health England, said, “We’ve lost the plot here. … We haven’t taken the action that we should have taken four or five weeks ago.”

World Health Organization (WHO) chief Dr. Tedros Adhanom Ghebreyesus said, “You can’t fight a virus if you don’t know where it is. Find, isolate, test and treat every case to break the chains of COVID transmission. Every case we find and treat limits the expansion of the disease. Do not just let this fire burn.”

On Saturday, 245 specialists called on the government to introduce necessary measures to tackle the spread of COVID-19. Signatories included experts in immunology, biology and medicine and complex systems. The letter states, “Going for ‘herd immunity’ at this point does not seem a viable option, as this will put the NHS [National Health Service] at an even stronger level of stress, risking many more lives than necessary.”

It warned, “The current data about the number of infections in the UK is in line with the growth curves already observed in other countries, including Italy, Spain, France and Germany. The same data suggests that the number of infected will be in the order of dozens of thousands within a few days … By putting in place social distancing measures now, the growth can be slowed down dramatically, and thousands of lives can be spared.”

In the Guardian, William Hanage, who teaches the evolution and epidemiology of infectious diseases at Harvard’s T.H. Chan School of Public Health, wrote: “We talk about vaccines generating herd immunity, so why is this different? Because this is not a vaccine. This is an actual pandemic that will make a very large number of people sick, and some of them will die. Even though the mortality rate is likely quite low, a small fraction of a very large number is still a large number. And the mortality rate will climb when the NHS is overwhelmed.”

On Saturday, public health experts including Dr. Richard Horton, editor-in-chief of the Lancet, stated that there “is no clear indication that the UK’s response is being informed by experiences of other countries in containing the spread of COVID-19,” and demanded to know why.

The only public explanation was Whitty’s statement at the press conference, “If you move too early, people get fatigued … This is a long haul.” This attempt to blame the population for government inaction was opposed in an open letter signed by more than 200 UK psychologists and social scientists, stating, “We are not convinced that enough is known about ‘behavioural fatigue’ or to what extent these insights apply to the current exceptional circumstances. Such evidence is necessary if we are to base a high-risk public health strategy on it.”

The British Society for Immunology—the main professional body—said it had “significant questions” about the “herd immunity” policy. This “strategy only works to reduce serious disease if, when building that immunity, vulnerable individuals are protected from becoming ill, for example through social distancing. If not, the consequences could be severe.”

These protests prompted a pro forma denial by Health Secretary Matt Hancock that “herd immunity” was “a goal or a strategy” of the government. But a Downing Street source told the Daily Mail that the government was in fact “timing our interventions to perfection. … If that also leads to mass immunity, that is a bonus—but it is not the aim.”

For all such half-hearted denials, the government’s actions prove that it is intent on not lifting a finger to stop the spread of the virus. As of Saturday, just 37,746 people have been tested for the virus. No quarantining has been implemented. No schools, colleges or universities, sporting events, museums or cultural institutions have been shut, based on government advice.

What has been revealed is that, behind closed doors, the ruling elite in Britain has soberly calculated that the way to deal with the pandemic was in fact to implement a cull of “the herd.”

Several commentators have described a policy based on “herd immunity” as social Darwinism. Canadian epidemiologist Helen Scott tweeted, “As a global citizen, I’m moderately horrified at the prospect that ‘survival of the fittest’ may result when we should be caring for, and protecting, the most vulnerable.”

The fascistic pedigree of such an approach is emphasised by the warm response of far-right millionaire media personality Katie Hopkins, who tweeted with the hashtag “#60% of U.K”: “Will you all stop flapping your gums? Generation selfish have been raised to think ONLY of themselves. Coronavirus is a team sport. Get it. Get immunity. Feel better. The herd triumphs.”

The Johnson government speaks for a financial oligarchy in Britain and internationally and their well-paid flunkeys such as Hopkins—a favourite of Donald Trump. Their message to the population is: “Drop dead. We don’t care,” even as they disappear to their luxury yachts, islands and “disaster bunkers,” along with their personal medics, for as long as it takes to avoid infection.