The war over Nagorno-Karabakh has ended for now. The Armenian Autonomous Oblast within Azerbaijan will continue to exi[st] with Russian peacekeepers currently deploying to control its borders. Most of the Armenian occupied territories will be handed back to Azerbaijan. A Russian controlled land corridor will connect Nagorno-Karabakh with Armenia. 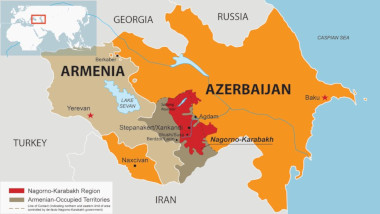 This is the outcome that Russia had long proposed during previous peace negotiations.

Armenia, under the western-installed Prime Minister Pashinyan, has barely managed to defend the ethnic enclave. Azerbaijan did not achieve its hoped for control over all of Nagorno-Karabakh.

Azerbaijan, with its wealth of gas and oil money, had been able to arm itself with hundreds of drones from Turkey and Israel that allowed it to achieve air superiority. The Armenian defenders were not trained to sufficiently camouflage themselves from air threats. Their old air defenses were not capable enough to detect and defend against small drones. They therefore lost hundreds of tanks and artillery pieces to suicide drone attacks.

Azerbaijan, and the contingent of ‘moderate rebels’ mercenaries it had rented from Turkey, failed to invade the mountainous core of Nagorno-Karabakh. They lost several thousand men, many more than the defending Armenians, while trying to do that. 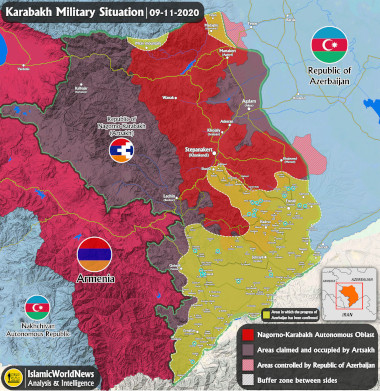 After the announcement of the ceasefire Armenians stormed government buildings in Yerevan. Prime Minister Pashinyan, who had neglected the military while trying to make nice with the ‘west’, is likely to get removed from his office.

With this outcome Russia has strengthened its position in the Caucasus while Turkey’s attempt to insert itself into the region had only limited success.