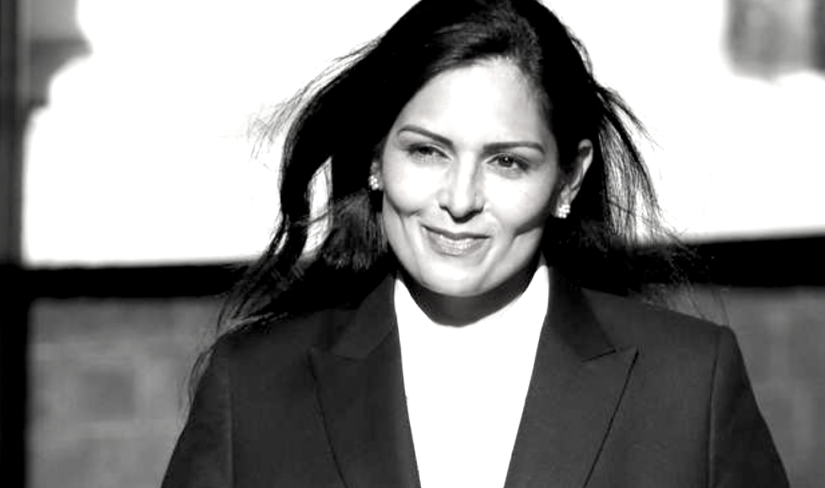 By TruePublica: The senior partner at an independent law firm located near London, established for 30 years, has just published the following information on his blog, which is very concerning (source). In essence, lawyers are now being threatened by the Home office with huge personal losses, which could easily lead to personal bankruptcies for simply making an application to defend their client’s life, which may be at stake if they are deported back to their own country.

It was only last October when the Home Secretary, Priti Patel ignored warnings from at least two senior colleagues to stop targeting immigration lawyers that she termed ‘activist lawyers.’ In one particular case, Lord chancellor Robert Buckland and attorney general Suella Braverman intervened after a knife attack on a lawyer as a direct result of Patel’s rhetoric. It seems astonishing that they needed to inform the Home Secretary that her targeting of the legal profession “was already believed to have inspired an incident that might have left a solicitor dead” (source).

Here, we see a back door method for the Home Office to attack ‘activist lawyers’ as Patel puts it.

By Kerry Underwood – Underwood Solicitors: “In a move which lawyers of all political views are likely to find very disturbing, the government is proposing to force the Immigration and Asylum Chambers of the First-tier Tribunal and Upper Tribunal to consider a Wasted Costs Order (WCO) against the lawyers representing an unsuccessful applicant, with a presumption in favour of making one.

Addressing the House of Commons on 24 March 2021, the Home Secretary said that this would “tackle the practice of meritless claims which clog up the courts with last-minute claims and appeals,” saying that  “for too long our justice system has been gamed”.

The basis of the proposal is that, by definition, if a person fails in an immigration or asylum claim, then they are likely to be deported and not around to satisfy any costs judgment in favour of the Home Office.

“To achieve this, we propose to introduce a duty on the Immigration and Asylum Chambers of the First-tier Tribunal and Upper Tribunal (FtTIAC) to consider applying a WCO in response to specified events or behaviours, including failure to follow the directions of the court, or promoting a case that is bound to fail. While the grant of a WCO is at the sole discretion of the judge we are considering introducing a presumption in favour of making one. In addition, as WCOs only cover the costs of the parties to the claim, we are also considering introducing a mechanism to cover the court’s costs.”

The power exists already throughout the Court and Tribunal system.

There can be little doubt that this move is designed to deter lawyers from taking on cases that currently would not put them at risk of a financial penalty and possible disciplinary action.

In effect, lawyers risk being penalised and disciplined for making an application where their client’s life may be at stake if they are deported back to their own country.

That is morally wrong and an affront to all traditional values, right or left, of the United Kingdom.

What is the next step? To make a presumption of a Wasted Costs Order against solicitors and counsel representing a person found guilty in a criminal matter, on the basis that the criminal in prison will be unable to satisfy any costs order.

This is very dangerous territory indeed.”