The latest on covid vaccine safety and effectiveness 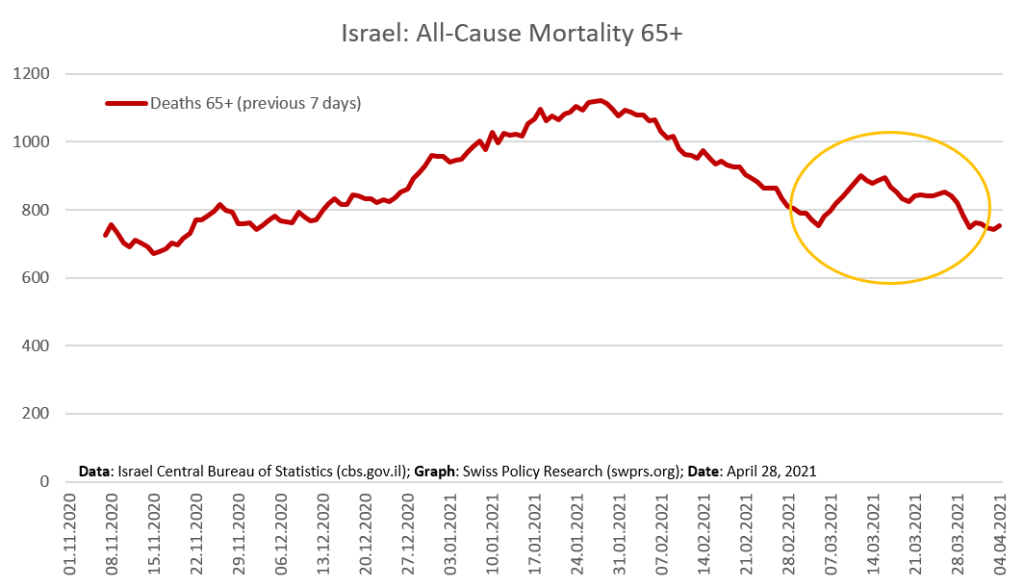 A vaccine may be not particularly safe (compared to the highest medical standards) and still be quite effective, at least in the short term. This seems to be the case for most experimental covid vaccines.

Chart: Hospitalization rates per age group in Switzerland. The difference between the orange curve (40-59) and the red curves (60-79 and 80+) in the second and third waves indicates vaccine effectiveness. 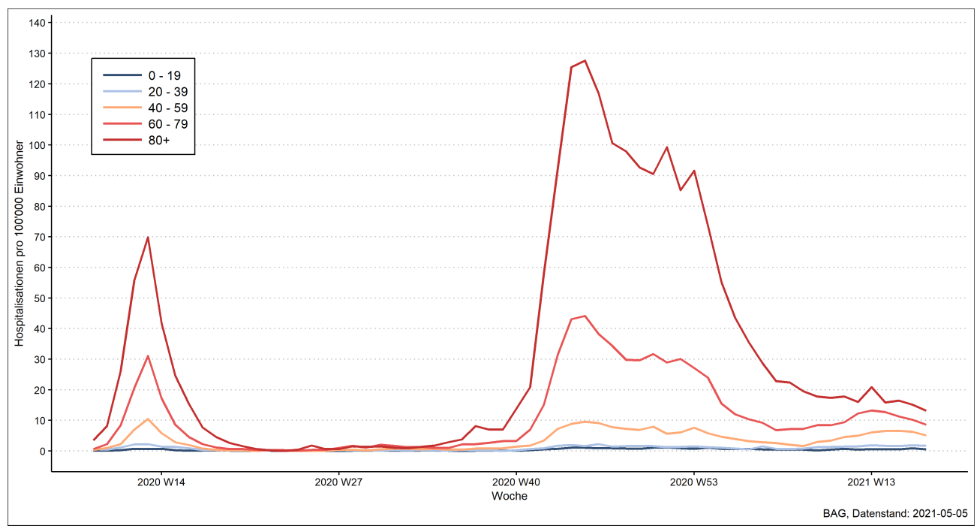 One thought on “Covid Vaccines: The Tip of the Iceberg”