On Tuesday, June 22nd, the U.S. regime blocked the Iranian Government’s TV news (equivalent to BBC in Britain and PBS in America), PressTV, so that, from now on, this is what Americans can see: 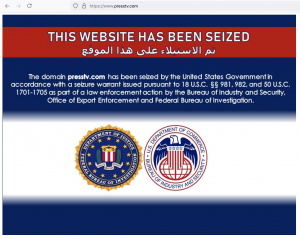 The U.S. regime has previously done this to other news-media that it dislikes. For example, this was done to an online international-news site, American Herald Tribune, which had published some of my articles, such as “Al Qaeda Thanks Turkey for Protecting It Against Assad, Russia, Iran”, and “How the War in Ukraine Started: The Obama Regime’s Plan to Seize the Russian Naval Base in Crimea”. But now the only thing that can be seen of that site is this: 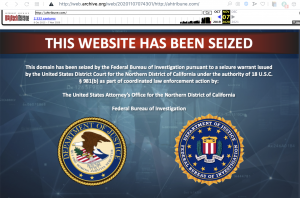 The U.S. regime calls this “press freedom” and “national defense” against countries and news-sites that are ‘enemies’ of the U.S., even though America perpetrated the coup against Iran in 1953 that installed the fascist Shah there in order for America and UK to grab Iran’s oil, and Iran is simply trying to avoid becoming again a U.S. colony. Ukraine (after Obama’s 2014 coup there) now is a U.S. colony, but in 1979, Iran stopped being a U.S. colony. The U.S. regime is strangling Iran with sanctions in order to punish it for having freed itself, in 1979, from America’s billionaires.

This is ‘press freedom’ in the American ‘democracy’ today.