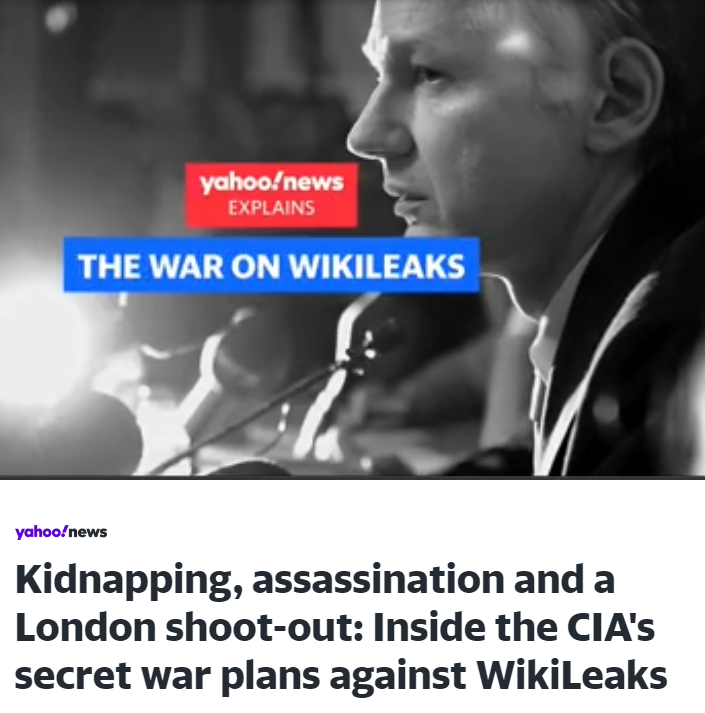 These conversations were so horrific and “detached from reality” that concerned White House officials “quietly reached out to staffers and members of Congress” to warn them.

This story has people talking and is even breaking through to broadcast outlets that haven’t covered Julian’s extradition case.

The story is so big, prime-time cable hosts who’ve ignored Julian’s case have been forced to take notice! 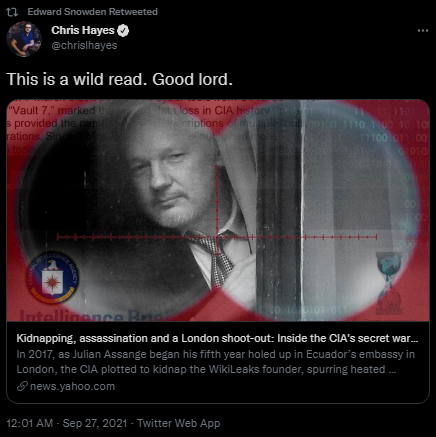 Even celebrities like John Cusack are chiming in and calling on President Biden to drop the charges. 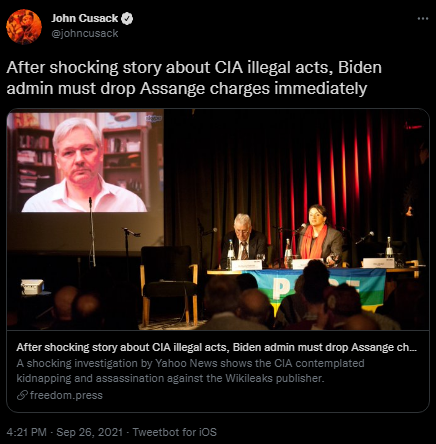 What can you do to help #FreeAssange?

The chorus in support of press freedom is growing louder, and this story should help reach people who weren’t paying attention.

You can also help by spreading the word on social media by sharing our petition on Facebook & Twitter. Want to do more? You can film a short video and take part in our upcoming “Why Should I Care about Julian Assange?” campaign! Click here to learn more!