The Western left’s abdication, nay abandonment of principles that go to the heart of the socialist liberation project has been long in the making, decades even and made all the more obvious by the left’s take on events in Libya and now Syria. Critiques of the ‘humanitarian, socialist interventionists’ came thick and thin but for the most part the fundamental question of why the left had abandoned its historic mission has not been asked. END_OF_DOCUMENT_TOKEN_TO_BE_REPLACED

In this new video release, “as a first step,” Anonymous has called for public protests beginning on June 14th, continuing “until Federal Reserve Chairman Ben Bernanke steps down.” To make their case, they have presented a list of recent scandalous Federal Reserve actions.

END_OF_DOCUMENT_TOKEN_TO_BE_REPLACED

Robert Gates Lays It on the Line with NATO
Technorati
Outgoing Defense Secretary Robert M. Gates addressed NATO,and delivered a message that the US is getting tired of towing the line for its allies. Americans have been grousing about this for a long time, and it needed to be said. …
http://technorati.com/politics/article/robert-gates-lays-it-on-the/

END_OF_DOCUMENT_TOKEN_TO_BE_REPLACED

Commander of the Euro-Anglo-American armed forces of the North Atlantic Treaty Organization (NATO), U.S. War Secretary Robert M. Gates, has called for more NATO allies to join the bombing of Libya due to the failure to kill Muammar Qaddafi.

END_OF_DOCUMENT_TOKEN_TO_BE_REPLACED

Will Wikileaks founder Julian Assange win Nobel Peace Prize 2011?
Mirror.co.uk
Julian Assange, founder of the anti-secrecy website Wikileaks, is on the long shortlist and gets a 20-1 quote from Victor Chandler to win. This is despite Assange being on a sexual assault charge – presumably for screwing the United States government. …
http://www.mirror.co.uk/news/top-stories/2011/06/11/will-wikileaks-founder-julian-assange-win-nobel-peace-prize-2011-115875-23194532/

END_OF_DOCUMENT_TOKEN_TO_BE_REPLACED

CNN’s ballyhooed WikiWars: The Mission of Julian Assange special airing this Sunday evening is an odd amalgam, blending quick cuts, pounding music, and a casually dressed host (at left below) with an attempt at a serious overview of WikiLeaks. Yet, like the recent PBS Frontline probe, it is fatally unbalanced. 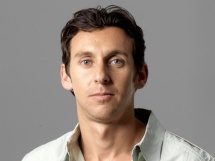 END_OF_DOCUMENT_TOKEN_TO_BE_REPLACED

The Week in Westminster this morning ran a feature on the Coalition’s plans for the National Health Service. The presenter Peter Riddell interviewed the Lords Fowler and Warner, Conservative and Labour respectively. These ‘veteran peers’ shared a good deal of ground in their discussion with Peter Riddell. Indeed an incautious listener might have come away with the impression that concerns about the Coalition’s plans for the health sector were overblown.

END_OF_DOCUMENT_TOKEN_TO_BE_REPLACED

A China-Africa summit convened in Sharm el-Sheikh in November, 2009, the two highlights of the forum being Beijing’s pledge to extend $10b in loans to African countries in return for commodity deals and the signing of a host of impressive contracts in the sphere of infrastructure construction by Chinese companies. As a result, China made a big step towards guaranteeing the supply of natural resources to its rapidly growing economy, not to mention the fact that the creation of new jobs in Africa for millions of Chinese certainly counts as a serious accomplishment against the backdrop of the growing unemployment in China.

END_OF_DOCUMENT_TOKEN_TO_BE_REPLACED

23 killed as fighting again rages in western Libyan city
CNN International
Misrata, Libya (CNN) — At least 23 people were killed Friday as fighting raged in the western Libyan city of Misrata where forces loyal to Moammar Gadhafi attempted to enter from the west and south. Another 78 others were injured, said Dr. Khaled Abu …
http://edition.cnn.com/2011/WORLD/africa/06/10/libya.war/

END_OF_DOCUMENT_TOKEN_TO_BE_REPLACED

Are Those Who Want to Export Democracy Themselves Democrats?

Africans should think about the real reasons why western countries are waging war on Libya, writes Jean-Paul Pougala, in an analysis that traces the country’s role in shaping the African Union and the development of the continent.

END_OF_DOCUMENT_TOKEN_TO_BE_REPLACED

What will NATO find next in UNSC Resolution 1973?

As the war in Libya is intensifying and NATO is still far from achieving its declared aims, the Alliance is looking for new tricks in order to widen the scope of operations and attract new fresh forces.

END_OF_DOCUMENT_TOKEN_TO_BE_REPLACED

I am confused by the analyses of the Anglophone left with regard to the social revolts in Libya. The only thing folks seem able to muster is a series of bifurcated abstractions. Thus certain metaphors in the analyses of Libya prevail such as, ‘greed and grievance’, ‘patron and client’, ‘rapacious rule vs innocent population ‘, ‘madness vs sanity’ etc. Absent from the discussion are: social forces, social base, achievements and contradictions of Libya’s Green revolution, contradictions of liberal democracy, and the contradictions of market dependency on specific social formations.

END_OF_DOCUMENT_TOKEN_TO_BE_REPLACED

An open letter to Noam Chomsky and the general public.

Dear Noam
I am writing to you and a number of other friends mostly in the US to alert you to the extraordinary banning of my film on war and media, ‘The War You Don’t See’, and the abrupt cancellation of a major event at the Lannan Foundation in Santa Fe in which David Barsamian and I were to discuss free speech, US foreign policy and censorship in the media.

END_OF_DOCUMENT_TOKEN_TO_BE_REPLACED

Pilger Film Banned By Lannan Foundation
By John Pilger
A rich and powerful individual and organisation, espousing freedom of speech, has moved ruthlessly and unaccountably to crush it.
www.informationclearinghouse.info/article28296.htm

END_OF_DOCUMENT_TOKEN_TO_BE_REPLACED

For Africa and its peoples in particular, governments meeting at this year’s United Nations Conference on Climate Change in Durban must end years of unacceptable vacillation, and meet their moral, historical and legal obligations and commitments for action on climate change, in accordance with the requirements of science and the principles of equity.

END_OF_DOCUMENT_TOKEN_TO_BE_REPLACED

UN – A Peril for World Health

11.06.2011 | 01:20 | Dmitriy SEDOV
The possibility that the UN is used to promote the interests of the drug business cannot be ruled out… The Russian foreign ministry’s calls for an overhaul of the UN acquire a deeper meaning in the context. There is no time to lose as the UN is becoming a peril for the world health…
more