All these present, and approximately 50 more aligned, are states whose combined populations comprise more than half the people of the world, and all have been victimized and pauperized by the predations of neoliberal capitalist states bleeding the wealth of their peoples.

As Venezuelan Foreign Minister Jorge Arreaza read out their new statement, declaring the illegality of unilateral coercive economic sanctions, and territorial invasions, it became obvious that the power of this new solidarity, which includes China, Russia, Cuba, DPRK, Syria, Iran, Palestine, Nicaragua, Venezuela, etc. constitutes a formidable force which Western capitalism will antagonize at its own peril. This is a long overdue counterforce to Western domination of the United Nations, a domination based on money, on the large payments enabling the US and other capitalist powers to bribe, threaten and otherwise control the direction of the UN, and distort and destroy the independence, impartiality and integrity which the UN requires in order to maintain its legitimacy, and implement the sustained global peace and justice for which Franklin Delano Roosevelt created it. 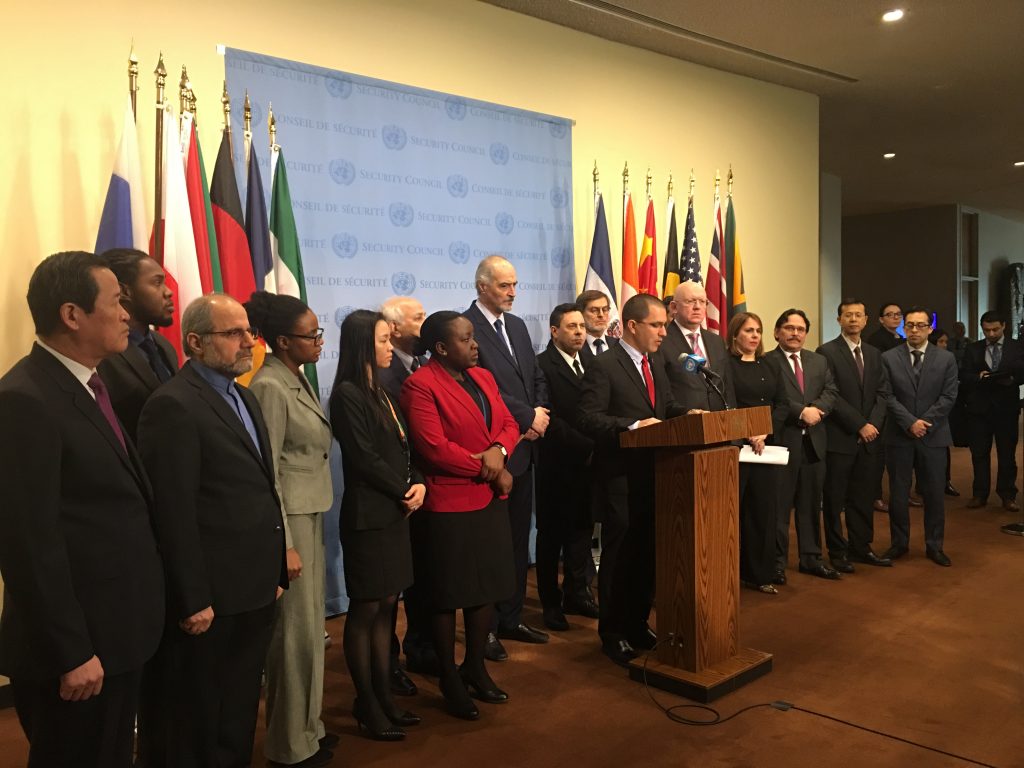 Ambassadors at the UN

Since the collapse of the USSR it has become blatantly clear at the UN (and virtually everywhere else) that money talks – indeed money shrieks . It therefore now seems obvious that the combined UN dues of these newly affiliated nations probably exceeds the contributions of the United States to the United Nations, and, if skillfully managed, this new organization of hitherto ravaged states will now have the power to threaten to withhold their combined dues, threatening a strike would could paralyze the United Nations unless their own interests, and not solely the interest of the United States and Saudi Arabia, are respected, and their own voices honored. There is incessant talk of the need for reform of the United Nations. It is probable that this new organization within the UN is the reform that is necessary – indeed inevitable.