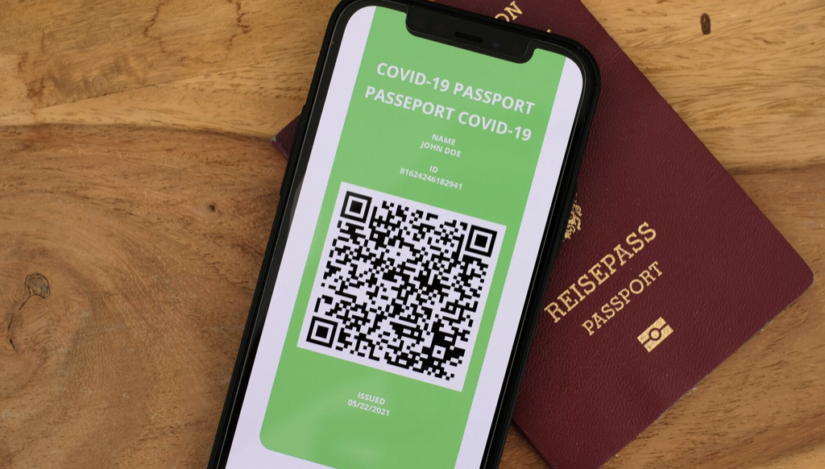 “Ministers are discussing drawing up a list of “essential” places, including hospitals, GP surgeries and supermarkets, where Covid passes or passports would not be used, as Boris Johnson prepares to announce next week whether they will become a feature of British life” – reports The Times today.

Ominous words aren’t they – ‘they will become a feature of British life.’

The government used the post 9/11 environment to impose its 360-degree architecture of mass surveillance, got caught, slugged it out in court case after court case and then finally just changed the law to make it all legal.

Now, they will use the post-Covid environment to impose a new form of life in its panopticon fantasy – social credit scoring. This system will start as a ‘vaccination passport’ scheme, which according to the latest polling is supported by the general public

A survey, two days ago, by Ipsos MORI in the UK found 78% were in favour of vaccine passes or passports to travel abroad or to visit a relative living in a care home.

But the survey went further, as if somehow in anticipation of what was coming next. “Support was also high for using the document to see a loved one in hospital (74%) or to go to the theatre or an indoor concert (68%), and for gym use or leisure centre use (63%). Around 61% of those who responded also backed their use to attend open-air music concerts and sports events, while 58% said they would accept having to use them on public transport” (source).

The Times again – “Covid status certificates, available to those who have been vaccinated, recently tested negative or who have developed antibodies after contracting the virus, are being taken increasingly seriously at the top of government as a way of aiding the unlocking of the economy. One question being considered is which parts of life should be kept open for those who refuse to take part.”

There it is again – what happens to those who refuse to take part?

For those people, is the government considering some sort of second class or tier system for accessing taxpayer-funded facilities such as hospitals, GP surgeries and supermarkets? And just how would they ban them from the courts or police stations? Not only would this be highly discriminatory, but public anger could also rapidly increase.

For instance, anyone who has a parent over the age of 85 knows all too well how they struggle with technology. Many may use a basic mobile phone but many do not have a smartphone. In fact, 20 per cent of those over the age of 65 do not own a smartphone (source).

The government have constantly defended their position of (illegal) mass public data collection on the basis that it is not individually identifiable, and much of the personal health data collected is supposed to be ‘anonymised.’ What this does is take down the last line of defence between the government versus the people. The mere nature of identifiable data passports means nothing less than ‘identifiable central records.’

Then there’s the wider question of who manages the programme. This government will outsource it – and as soon as that happens, this data will be out in the wild ready for all manner of hackers and foreign actors with malign intent.

Vaccine passports in the midst of a pandemic may well be a good thing to get the economy up on its feet. But leaving it in place afterwards would be a very dangerous place for the government to go as it will be a direct attack on civil liberties.

In China, a system of social credit scoring is mandatory in many provinces, which is effectively a punishment/reward system. Although the system currently disjointed – the intention with the implementation of AI is for 2025 to be the target date for the “construction of a rule of law society.” Initially, the system has taken aim at corporate behaviour to control corruption but by 2025 it turns its focus on the civilian population. It was used to “encourage containment and to punish COVID-19-related crimes” – then the social credit system itself was deployed to encourage the resumption of work (source).

The Diplomat reports that the system was then used to get the economy going again. “Incentive schemes abounded, such as one launched in Weihai (Shandong province) awarding “special points” to the credit records of the top four local enterprises that resumed work with good quality pandemic prevention measures in place” (source).

In 2020, the Chinese Ministry of Transport, the State Taxation Administration, and the General Administration of Customs, to name a few, reported remarkable achievements in setting standardized data collection processes, comprehensive scoring criteria, and clear processes and implementation of related rewards and punishments.

This is the direction of travel of the British government. Recently, the entire NHS database was (illegally) sold to Palantir – an American CIA backed organisation that specialises in warfare, counter-terrorism – also used heavily by hedge-funds, banks and finance firms. Local authorities are now using AI to gather information on all manner of personal data from schools to graveyards and everything in between.

Once the vaccine passport system has been implemented, the government will have access to even more data. Collectively, the architecture of data collection is leading to decisions being made about what services you will be able to access in future.

Silkie Carlo Big Brother Watch tweeted last night – “Boris Johnson will make a high-level announcement on COVID passes on Monday & further details to be worked out for June. In short: they’re going for internal passports, always were, and we’re going to stop them”

2 thoughts on “UK: Internal Covid Passes to be announced”