On the 2nd anniversary of the arrest, Australian MPs joined CN Live! to tell PM Scott Morrison to pick up the phone and tell Joe Biden to release Julian Assange. Watch the replay here.

Two years ago on Sunday WikiLeaks‘ publisher Julian Assange was forcefully removed from political asylum inside the Ecuadorian Embassy in London and placed under arrest. He was then charged under the U.S. Espionage Act for publishing defense information that revealed prima facia evidence of U.S. war crimes, as well as for conspiracy to commit computer intrusion.

Assange won his extradition hearing on health grounds on Jan. 4 but his judge, who agreed with all the charges against him, threw Assange back into Belmarsh prison in London, while awaiting a U.S. appeal. He has languished there for these two years.

Exclusive from this edition of CN Live!: the Australian Labor Party passed an unanimous resolution supporting Assange, meaning if Labor should come to power in the next election, it would become government policy.

Insights into Britain’s role in Assange’s explusion have been revealed in a recently published diary by the foreign secretary at the time, Sir Alan Duncan.

“Operation Pelican”, as it was called by the Foreign Office, involved many months of negotiation on Duncan’s part with the government of Ecuador to have Assange stripped of his asylee status and citizenship, and evicted. Duncan paints a vivid picture of watching the arrest from the Operations Room at the top of the Foreign Office. 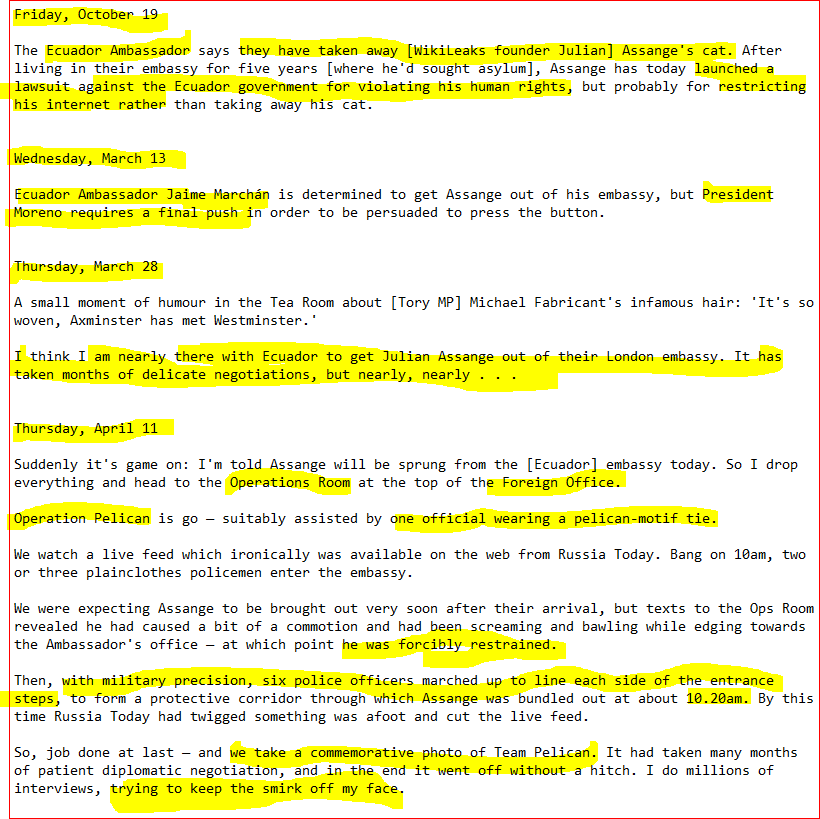 This harsh treatment of a journalist for publishing accurate information exposing government officials has led to an outcry from sections of the public, the media and the medical community, and from elected members of parliaments around the world. In Assange’s native Australia, several members of parliament have spoken out.

In October 2019, 11 Australia politicians from various parties rallied to form the Bring Assange Home Parliamentary Group. It consisted of two Nationals MPs, two Labor MPs and a number of Greens and cross benchers. Since then, politicians around the world have been gathering to voice bipartisan support for the imprisoned Australian journalist, notably in Germany, Switzerland, the European Parliament and the UK. Parliamentary support is also strong across Latin America among the left.