If you’ve kept up with the news from Germany this week, you will have heard that the soldier Franco Albrecht has been convicted of planning to attack senior politicians and public figures while posing as a Syrian refugee. This story and other concerning trends within policing and the military feature in this week’s calendar of racism and resistance. A comprehensive article by IRR director Liz Fekete published in the July issue of Race & Class (now available to order) provides many such examples of extremism in European police and armed forces. But crucially, her research, which demolishes the idea that this is a marginal problem of a few ‘rotten apples’ in an otherwise perfect barrel, asks whether we are facing a crisis of democracy within state institutions.

‘Racism, radicalisation and Europe’s “Thin Blue Line” does not just provide case studies of far-right entryism into the police, but asks what it is about modern policing – increasingly organised around data, biometrics, specialist paramilitary squads and the introduction of lethal weaponry – which nurtures a heightened sense of impunity amongst rank-and-file officers across Europe. This week, the parliamentary Intelligence and Security Committee, too, warned the armed forces to wake up to the threat posed by extreme-right groups targeting military personnel.

IRR News will be taking a break until 12 September although we will continue to publish the calendar throughout August. We have some exciting announcements for our Autumn IRR50 activities coming soon, but in the meantime, we wish all our subscribers, supporters and friends a good summer. 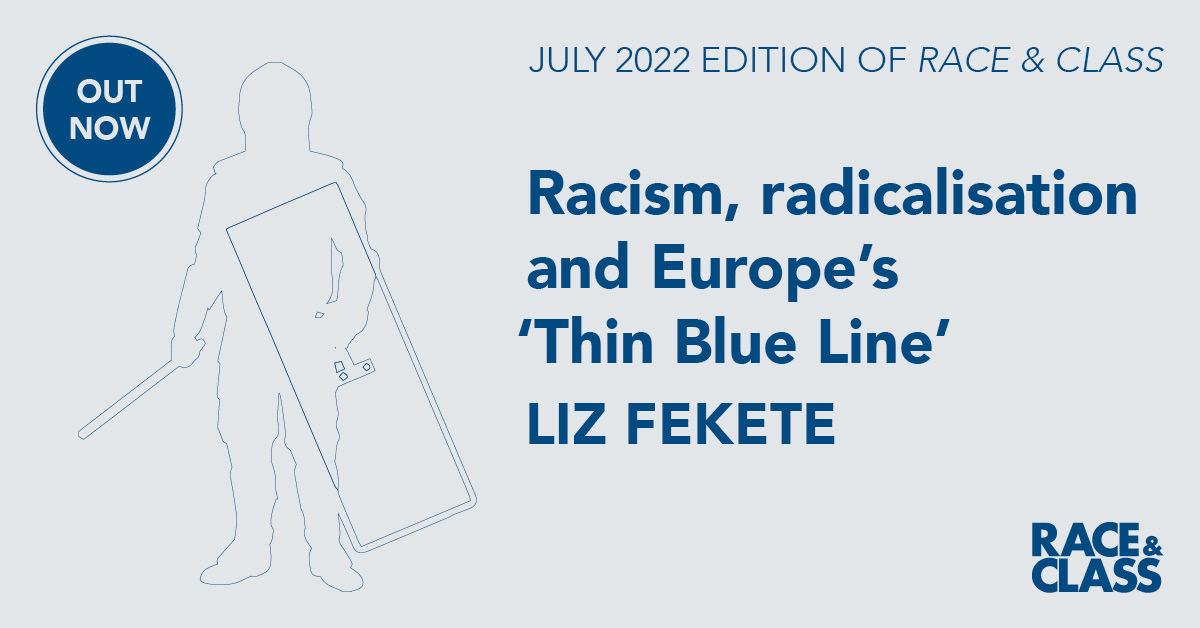 Order your copy from our website Racism, radicalisation and Europe’s ‘Thin Blue Line’

The July issue of Race & Class is now online and available to order.

In a double-length article, Liz Fekete warns of a deepening ‘culture of extremism’ amongst police officers across Europe. Other articles include a piece on surveillance after Singapore’s ‘Little India’ riots, an article on the Torrens Title system of land registration in South Australia and a commentary analysing how the concept of ‘resilience’ is used in stigmatising ways in the UK. 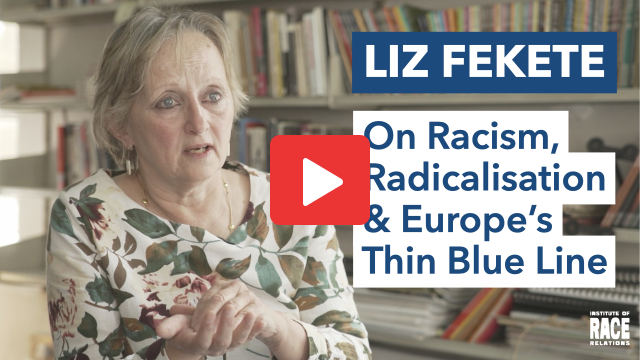 Filmed by Rainbow Collective, watch this short clip of Liz Fekete talking about her new Race & Class piece. Liz also spoke to The Observer newspaper about the growing ‘culture of extremism’ in police forces. Read a summary of the article in this Twitter thread. 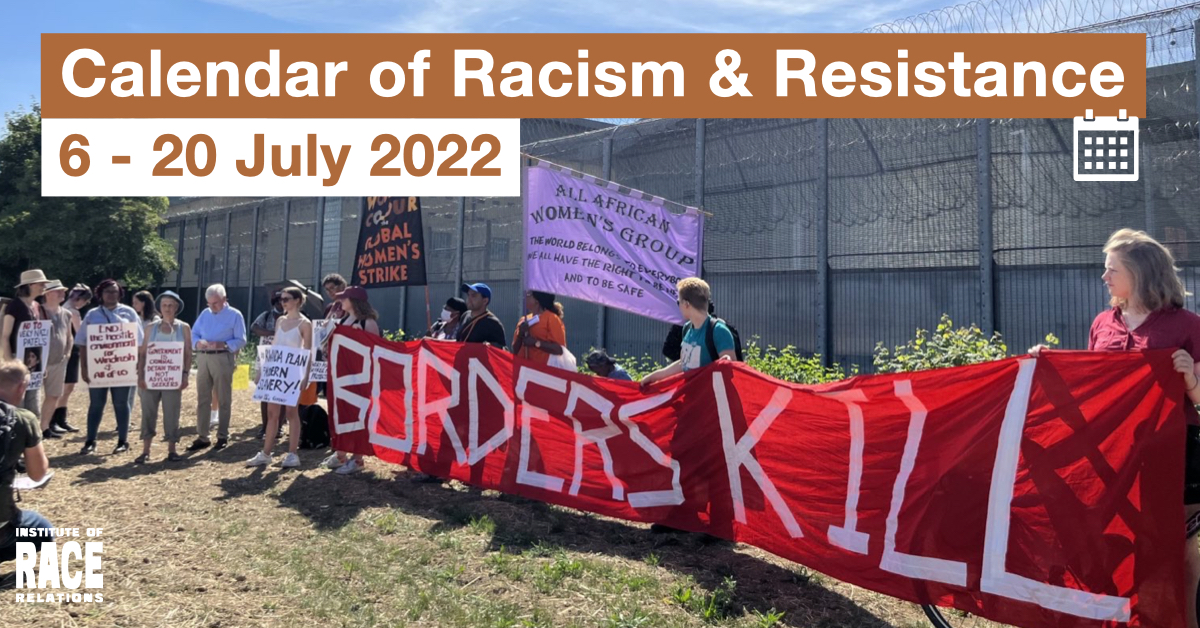 In this week’s calendar, we continue to document concerning trends across Europe, as a parliamentary committee warns the armed forces to wake up to the threat posed by extreme-right groups targeting military personnel. We also continue to provide updates within immigration and asylum, policing, education, racial violence and more. 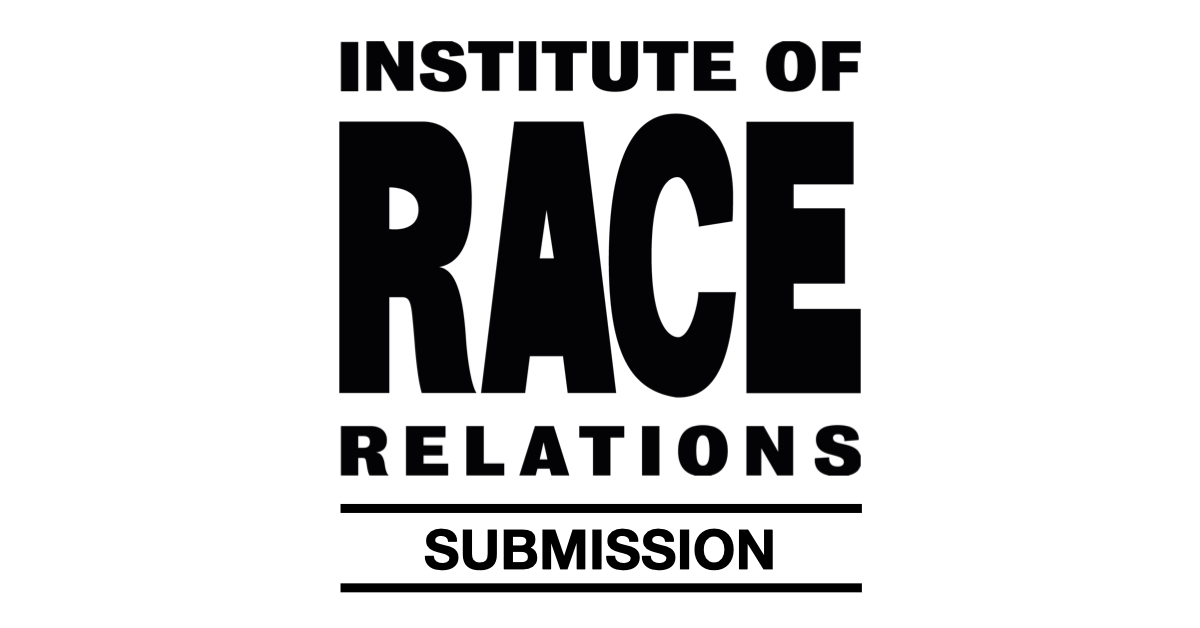 Earlier this year, an independent investigation into antisemitism within the National Union of Students was set up under the direction of Rebecca Tuck QC. The IRR has now made its submission, which is available to read here.