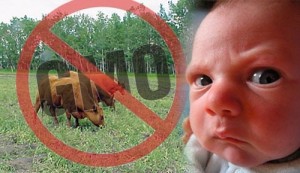 The world already produces enough food to feed 10 billion people but over two billion are experiencing micronutrient deficiencies (of which 821 million were classed as chronically undernourished in 2018). However, supporters of genetic engineering (GE) crops continually push the narrative that GE technology is required if we are to feed the world and properly support farmers.

First of all, it must be stressed that there is already sufficient evidence to question the efficacy of GE crops; however, despite this, conventional options and innovations that outperform GE crops are in danger of being sidelined in a rush by powerful, publicly unaccountable private interests like the Gates Foundation to facilitate the introduction of GE into global agriculture; crops whose main ‘added value’ is the financial rewards accrued by the corporations behind them.

Secondly, even if we are to accept that at some stage GE can supplement conventional practices, we must acknowledge that from the outset of the GMO project, the sidelining of serious concerns about the technology has occurred and despite industry claims to the contrary, there is no scientific consensus on the health impacts of GE crops.

Both the Cartagena Protocol and Codex share a precautionary approach to GE crops and foods, in that they agree that GE differs from conventional breeding. There is sufficient reason to hold back on commercialising GE crops and to subject each GMO to independent, transparent environmental, social, economic and health impact evaluations.

To evaluate the pro-GMO lobby’s rhetoric that GE is needed to ‘feed the world’, we first need to understand the dynamics of a globalized food system that fuels hunger and malnutrition against a backdrop of food overproduction. As Andrew Smolski describes it: capitalism’s production of ‘hunger in abundance’.

Over the last 50 years, we have seen the consolidation of an emerging global food regime based on agro-export mono-cropping (often with non-food commodities taking up prime agricultural land) and linked to sovereign debt repayment and World Bank/IMF ‘structural adjustment’ directives. The outcomes have included a displacement of a food-producing peasantry, the consolidation of Western agri-food oligopolies and the transformation of many countries from food self-sufficiency into food deficit areas.

Right Kind of Green: Agroecology. The Agri-Food Conglomerates are Failing to Feed the World

As long as these dynamics persist and food injustice remains an inherent feature of the global food regime, the rhetoric of GM being necessary for feeding the world is merely ideology and bluster. Furthermore, if we continue to regard food as a commodity in a globalized capitalist food system, we shall continue to see the comprehensive contamination of food with sugar, bad fats, synthetic additives, GMOs and pesticides and rising rates of diseases and serious health conditions, including surges in obesity, diabetes and cancer incidence, but no let-up in the under-nutrition of those too poor to join in the over-consumption.

Looking at India as an example, although it continues to do poorly in world hunger rankings, the country has achieved self-sufficiency in food grains and has ensured there is enough food available to feed its entire population. It is the world’s largest producer of milk, pulses and millets and the second-largest producer of rice, wheat, sugarcane, groundnuts, vegetables, fruit and cotton.

Farmers therefore produce enough food. It stands to reason that hunger and malnutrition result from other factors (such as inadequate food distribution, inequality and poverty). It is again a case of ‘scarcity’ amid abundance. The country even continues to export food while millions remain hungry.

While the pro-GMO lobby says GE will boost productivity and help secure cultivators a better income, this too is misleading as it again ignores crucial political and economic contexts; with bumper harvests, Indian farmers still find themselves in financial distress.

India’s farmers are not experiencing hardship due to low productivity. They are reeling from the effects of neoliberal policies, years of neglect and a deliberate strategy to displace smallholder agriculture at the behest of the World Bank and predatory global agri-food corporations. It’s for good reason that the calorie and essential nutrient intake of the rural poor has drastically fallen.

And yet, the pro-GMO lobby wastes no time in wrenching these issues from their political contexts to use the notions of ‘helping farmers’ and ‘feeding the world’ as lynchpins of its promotional strategy.

Many of the traditional practices of small farmers are now recognised as sophisticated and appropriate for high-productive, sustainable agriculture. These practices involve an integrated low-input systems approach to agriculture that emphasises, among other things, local food security and sovereignty, diverse nutrition production per acre, water table stability, climate resilience and good soil structure. Agroecology represents a shift away from the reductionist yield-output industrial paradigm, which results in enormous pressures on health and the environment.

A recent FAO high-level report called for agroecology and smallholder farmers to be prioritised and invested in to achieve global sustainable food security. Smallholder (non-GMO) farming using low-input methods tends to be more productive in total output than large-scale industrial farms and can be more profitable and resilient to climate change.

Despite the fact that globally industrial agriculture grabs 80 per cent of subsidies and 90 per cent of research funds, smallholder agriculture plays a major role in feeding the world. At the same time, these massive subsidies and funds support a system that is only made profitable because agri-food oligopolies externalize the massive health, social and environmental costs of their operations.

These corporations leverage their financial clout, lobby networks, funded science and political influence to cement a ‘thick legitimacy’ among policy makers for their vision of agriculture. In turn,  World Bank ‘enabling the business of agriculture’ directives, the World Trade Organization ‘agreement on agriculture’ and trade related intellectual property rights help secure their interests.

In the meantime, supporters of GMO agriculture continue to display a willful ignorance of the structure of the food system which produces the very problem it claims it can resolve. The pro-GMO scientific lobby arrogantly pushes its ideological agenda while ignoring the root causes of poverty, hunger and malnutrition and denigrating genuine solutions centred on food sovereignty.

Colin Todhunter is a frequent contributor to Global Research and Asia-Pacific Research.