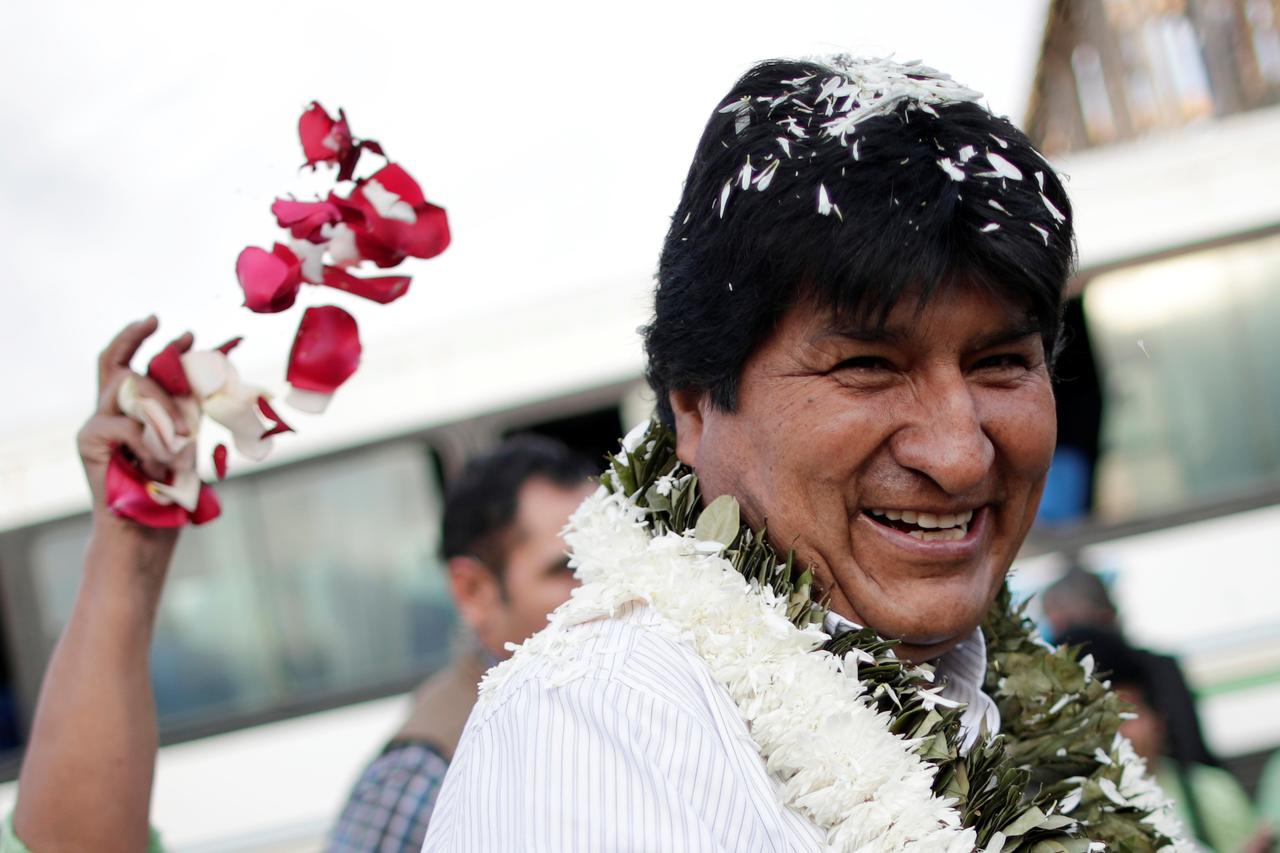 Morales said at a press conference late midnight Sunsday, from the Quemado Palace, former headquarters of the Presidency, that ‘we won once more, four consecutive historical and unedited elections.’

We thank, the president stressed, the national and departmental electoral authorities for this new victory in Bolivia.

The ruler informed that the MAS has secured the absolute majority in the Chamber of Deputies and the majority in the Senate. Morales said this victory is due to the people’s awareness, and they will wait until ‘the last vote counted to continue with our process of change,’ he said.

On the other hand, the ruling Movement to Socialism (MAS) outperforms its closest rival, the conservative alliance of the Citizen Community (CC), in five of the nine departments of the country, according to partial results released Sunday night.

According to the projections of specialists, the numbers could still vary, although they consider the victory of the MAS and President Evo Morales consolidated.

Evo Thanks the People for the First Round Victory

Evo Morales said he is confident in the vote of the rural areas, which have yet to be counted and represent 17 percent of the total votes, regions in which the current president has historically been supported.

Around 9:30 p.m. (local time), Evo Morales met with a representative of the Bolivian people at the former seat of government, the Palacio de Quemados, where he recalled the victories achieved during four consecutive elections, and spoke confidently about the vote in rural areas.

One of the main aspects highlighted by the president was that his commitment to the country “has not been in vain,” because the people have prevailed to continue the process of change that began 13 years ago”.

Morales assured that his party understands the preliminary results, but maintains confidence in the rural regions that are still being counted and represent 17 percent of total votes. The president said they will wait for the scrutiny of the national vote to “continue the process of change”.

He saluted the people’ efforts and reassured them that “we are not alone, we will win again”. He said that for future generations this is something “historic and unforgettable” after 13 years of a political movement represented by social sectors that oppose a right wing that wants to return to the past.

He thanked the attendees at the Palacio de Quemados for the presence, effort and commitment shown.

The preliminary results, after counting 83 percent of the votes, revealed an endorsement of 45.28 percent for Evo Morales by the party Al Socialismo (MAS) and 38.16 percent for the opposition candidate, Carlos Mesa, of the party Comunidad Ciudadana.